ALONE has launched its full Pre-Budget Submission and has called on Government to urgently take action for older people, saying that repeated increases in the cost of living are unsustainable and the situation is now becoming “critical” for many older people. Recent surges in the cost of energy and food, and particularly the increases from energy suppliers announced in recent days, are of particular concern and have prompted increasing numbers of older people to ask ALONE for support in these areas.

ALONE recently conducted an anonymous survey of the older people they work with, which shows evidence of older people struggling severely to get by. Responses from older people showed:

Several people mentioned specifically that they were worried and fearful about their future as they got older, and concerned about what they would do if things got any worse. One respondent stated, “I fear that I won’t be able to heat my home and afford to eat come winter”, while another said they were frightened for the first time in my life at the costs”. 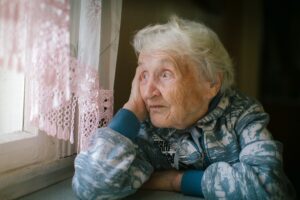 The situation is becoming unsustainable for many. ALONE has received reports of older people turning off their fridges and not using gas cookers anymore because the costs are too high. Older people have also reported cutting back on basics like meals with meat, and washing powder because they are too expensive. Already, older people are concerned they may not be able to afford to use their storage heaters this winter.

ALONE are calling on the Government to ensure the State Pension, the Living Alone Allowance, and the Fuel Allowance are each increased by a minimum of €20 per week and for further measures to be introduced across social protection, health, and housing to support older people throughout the winter and into 2023.

CEO of ALONE, Seán Moynihan, stated, “Older people’s difficulties have been steadily increasing in recent years, and now the situation has become critical. People aged 65 and older were the only group to see increases across all three poverty rates between 2020 and 2021. Now, some older people say they are fearful for the first time in their lives regarding the increase in costs. Older people have been promised better than this, and so far, that promise hasn’t been kept.”

He continued, “Some of the conversation in recent days has pitted younger people against older people. We must not let age become a battleground. We believe that everyone should have a decent standard of living, including older people. We must take into consideration that roughly 92,000 older people are living in or at risk of poverty in Ireland today – that is more than the population of counties Longford and Leitrim, combined. Older people living alone have the lowest median income of all households, and those in rural areas will not even meet the minimum essential standard of living on their income. No one should find this acceptable. The stereotype of all older people as being wealthy and secure is not reflective of the population today, nor will it be reflective in the years to come. The story is not as simple as ‘older people versus younger people’, the ‘haves’ versus the ‘have nots’, much as many would wish it were. At ALONE for example we still come across cases of older people who do not have indoor toilets in their homes.”

The Roadmap to Social Inclusion committed to introducing benchmarking of the State Pension by Budget 2021. Today, as we prepare for Budget 2023, it has still not been completed. If it had, older people would not be struggling so significantly today with the increases in the cost of living. This promise must be delivered upon.

Moynihan concluded, “Repeated increases in the cost of fuel, food, and other expenses have become unmanageable for older people. Budget 2023 has the opportunity to be a turning point. This year, the Budget is the main source of hope for many older people ahead of what we have been told will be an extremely difficult winter. We urge Government to make the right decisions this year. Increases to supports in Budget 2023 are critical for older people, and all experiencing poverty and deprivation, in light of the ongoing cost of living crisis. ”