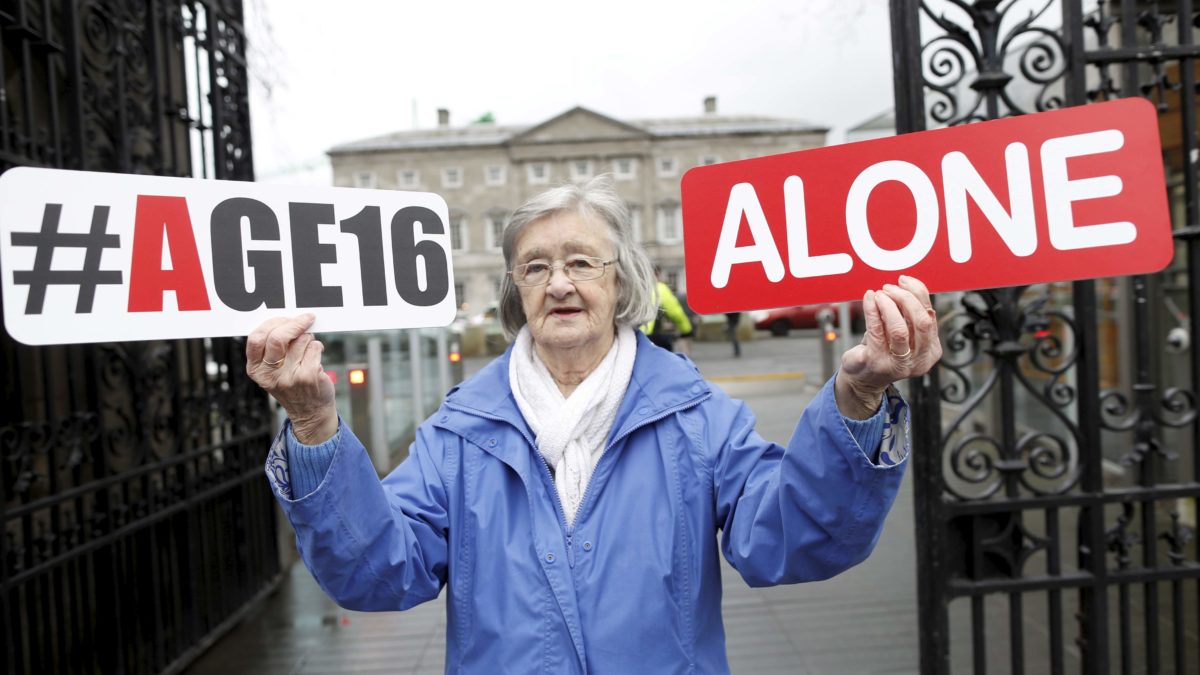 Repro Free: Friday 12th February 2016. ALONE, the charity that supports older people to age at home, has today launched its General Election Manifesto #AGE16. They are asking the government to implement plans for our ageing demographic and commit to four key aspects that will ensure Irelands older population are supported to age at home with dignity. They are also asking the public to make sure their candidates will prioritise the needs of our ageing demographic if they are elected.To view ALONE manifesto in full visit: LINK to full manifesto on ALONE website: http://alone.ie/campaigns/alones-election-campaign-age16/. Pictured is Phyllis Kinsella. Picture Jason Clarke.

Sean Moynihan, CEO of ALONE, commented, “Younger people often forget that a vote for older person’s issues is a vote for their own futures. Meanwhile older people rarely put their own needs to the fore when choosing candidates, preferring to worry about their grandchildren’s education, or the young couple down the road who are struggling to get a mortgage.”

We found the survey results incredibly interesting, and feel confident that the policies identified in ALONE’s election manifesto – ‘AGE16’ will address these issues.  Our respondents were most concerned about being able to maintain independence on the state pension, finding themselves isolated or lonely and the ability of the healthcare system to support them when they need it.

ALONE also asked respondents to submit any other concerns they may have about ageing, these included; the fear of being hindered from making a contribution, losing respect from society and feeling vulnerable amidst rising crime levels.

Moynihan continued, “This survey has revealed that people fear that they will find themselves voiceless and unheard as they get older. It is so important for people of all ages to ensure the needs of older people have a voice in this election, a vote of older peoples’ needs is a vote for our future”.

We are asking the public to inform canvassers and candidates that they will consider the needs of older people a priority when making their decisions on Election Day. Prioritising the needs of our older people is something that everyone should take an interest in as inevitably we all grow older and the decisions we make now will impact us later.

ALONE are a national, quality approved charity and have developed unique cost effective models that supports older people to age at home.  Their #AGE16 campaign for this general election is asking the government to support older persons to age at home through:

For those who have concerns about their own wellbeing, or the wellbeing of an older person in the community, ALONE can be contacted on (01) 679 1032. For more information about ALONE’s manifesto visit www.alone.ie