ALONE welcomes the news from the Department of Social Protection regarding benchmarking the State pension to the average industrial wage, helping it keep pace with the rising cost of living.

ALONE has welcomed news today regarding benchmarking of the State Pension, and has urged Government to implement incremental increases starting in Budget 2023.

ALONE published its pre-budget submission on the 22nd July. In it, ALONE asked for the Government to enact promises made in the Roadmap from Pensions Reform 2018-2023 and again in The Roadmap for Social Inclusion and implement the benchmarking of the State pension to the average industrial wage, which was due to begin in Budget 2021. The announcement that this policy is being progressed comes as welcome news to ALONE and older people they support, who have been adversely affected by inflation. ALONE had advocated for a triple-lock benchmark to be put in place of 34% of average earnings, a flat rate increase of 2.5%, or to match the rate of inflation: whichever of the three is the greatest on an annual basis. 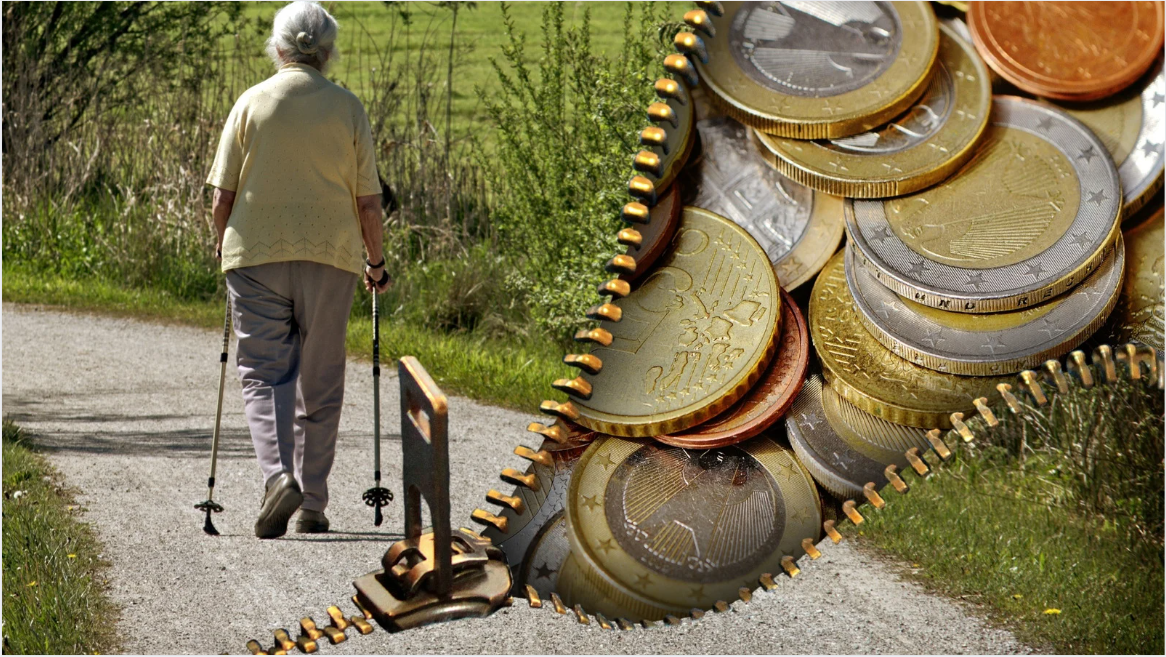 The cost of living crisis is well documented and has clearly impacted our society and economy broadly, particularly older people and even more drastically older people living alone. Recent CSO data suggests that older people who live alone and are living in deprivation has increased, and those living in consistent poverty has doubled. In June of this year, over 65’s experienced inflation at 9.8% while households under 35 had estimated inflation of 8.8%, and the crisis continues to escalate.

ALONE outlined the importance of benchmarking the State pension in its pre-budget submission, If not now, when? as a crucial tool that the state has to protect older people and their income from high costs and crippling bills. Tying the state pension rate to average industrial wage would mean that older peoples’ income is inextricably linked to the earnings of the rest of population thus protecting them from changing economic realities.

ALONE CEO Seán Moynihan commented that “The Government announcement to benchmark the State pension is a positive step. Providing changes are made immediately to support older people in the interim, this announcement coupled with further measures will provide relief for older people through a difficult autumn and winter ahead”.

He continued, “We here at ALONE are clear: society in general needs to develop a new way of thinking about older people in retirement. If these changes had been made in line with the original timelines targeted, older people would not be struggling to the extent they are today with cost of living increases. Although we cannot chase inflation, we must do all that we can to ensure that older people and those who are most vulnerable on fixed incomes are not devastated during this challenging period”.

Recent research carried out by ALONE as part of its pre-budget submission quotes older people as saying they are “selling off items to support themselves”, “having to decide between buying food and paying for heating”, and feeling anxiety “just going to the shop for groceries, hoping to have enough money.”

Although this is a welcome step in the right direction, ALONE believes that more will need to be done in order to protect older people through one of the most difficult winters we will face. Actions such as:

As our older population will be around 1 million by 2030, other longer term policies such as the introduction of the auto-enrolment system will also aid in helping the state develop a more compassionate, sustainable approach to retiring for an ageing population. The benchmarking process is a welcome step in the right direction, and ALONE welcomes the government’s decision to implement the plans outlined in the Roadmap from Pension Reform 2018-2023 and in The Roadmap for Social Inclusion.