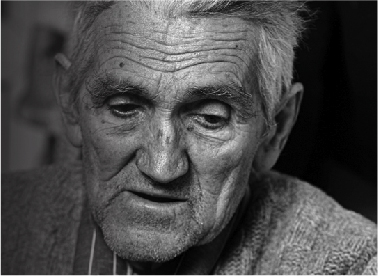 Joe is 63. After his marriage broke down, he went through a difficult time, lost his job and ended up living on the streets.

I was living rough for a year or two. Then moved between hostels for a few years. But it was the loneliness that nearly killed me.

When Joe moved into his new home he felt it was the beginning of something good. He was matched with an ALONE Befriending Volunteer David two years ago and it has made a huge difference in his life. Despite the clash between David’s love of football and Joe’s passion for hurling, the two have become great friends. Joe strongly believes that no one should judge a book by its cover and feels that ALONE’s Befriending service helps volunteers learn about the older people in need past the face value.

People have their own ideas. We tag people with a certain image, as if putting a stamp on their hand, and that mark is hard to remove. ALONE Befriending guarantees to really open your eyes. I am happier than ever, my health is improving and I now know that I am more than my mistakes.